From May 18th to July 1st, Cécile Bart is presenting several new works in the project room at Valentin gallery in Paris; two screens/collages, one opaque and one mixed.

The opaque paintings/screens are created by superimposing two spalter brushstrokes, the first a light colour, the second a dark colour, without any wiping to unblock the weft of the “Plein Jour” Terylene. This results in paintings that are very saturated compared to the paintings/screens that we ordinarily see. There is even something paradoxical about them with regard to the transparent medium used, like an a contrario demonstration.

There is a square painting/screen that is mixed, with an opaque area that is also square, partially blocking the possible transparency.

With these new works, Cécile Bart explores fragile paths in a pictorial maze that she seems to be striving to make more complex. We find the pictorial dialectics that have been her trademark up until now: transparency/opacity, face/profile, light/dark, framing/un-framing…
But paint also asserts its place, in the opaques and in the mix, as a vehicle. Traces of brushstrokes and wiping get the upper hand, without this representing any kind of expressionism. As for the collages, which abandon the decorative, charming properties that one may have loved, they silently pass over and haunt the paintings/screens, like ghosts.

Cécile Bart pursues a unique body of work that alternatively attributes roles to painting, the play between its depth and surface, its modulation by light, the painting as a screen, or the viewer’s perspective and place. In recent years, she has considerably broadened her pallet of resources, while preserving the investigative tool she developed in the late 1980s.

The paintings/screens—made of “Plein Jour” Terylene, which is painted and wiped so that it preserves a relative transparency, then transferred to a metallic stretcher—were this first “tool”: it was the invention of a painting that shows the surrounding space, a situation painting confronted by the light of the space that houses it, and by its atmosphere, and especially by the viewer’s perspective.

The paintings/screens can, “at a push”, be hung on the wall; they are then called paintings. Occupying a marginal position in Cécile Bart’s work, these seem to want to constitute a kind of connection point with (easel!) painting and its classical history.

The paintings/collages are made of the same fabric, painted in the same way, but are directly mounted on the wall or on a stand. Whereas the paintings/screens show a closeness to the interior architecture and the history of the environment in contemporary art, these explore “decorative” registers more.
Each painting is also a chance to create swatches, which together form a copious colour chart. They are 90 x 90 cm squares that can be placed on the floor in superimpositions, or can be left free, presented individually on the wall.

The use of vertically stretched wool and cotton yarns enriched the pallet of these first optical “tools”. These tapestries play on the proliferation of depth effects no less than on viewing angles or changes of nuance and colour, and light modulation.
Most of Cécile Bart’s works require daylight to be seen under good conditions. As an exception to this rule, the projections of shadow and light, whether in connection with the painted screens or not, accept half-light and reconnect with phantasmagoria.

Each type of work, each exhibition by Cécile Bart is offered as an experience to undergo within a certain time frame, which is different for each visitor.

Cécile Bart therefore invites movements, lateral displacements, panoramas, playing with depth of field—in short, camera effects. It is discreetly and paradoxically, but nevertheless profoundly, that her work is inspired by cinema. She has explained this “in situ cinema in real time” on several occasions.

“… The viewer suggested by Cécile Bart’s works is not the static, passive viewer of a scene. He or she is a body and mind in motion, apprehending objects—separately and in connection with one another—through vision, while being imperceptibly changed by these objects.” (Eric de Chassey).

“What interests me is how it is looked at, how the eyes circulate, where the viewers are, what their position is, and their perspective on things and the world. It’s all a matter of distance between people and things.” (Cécile Bart).

Cécile Bart studied at École nationale des beaux-arts in Dijon, and has been exhibiting since 1986. She lives and works in Marsannay-la-Côte, Bourgogne. » 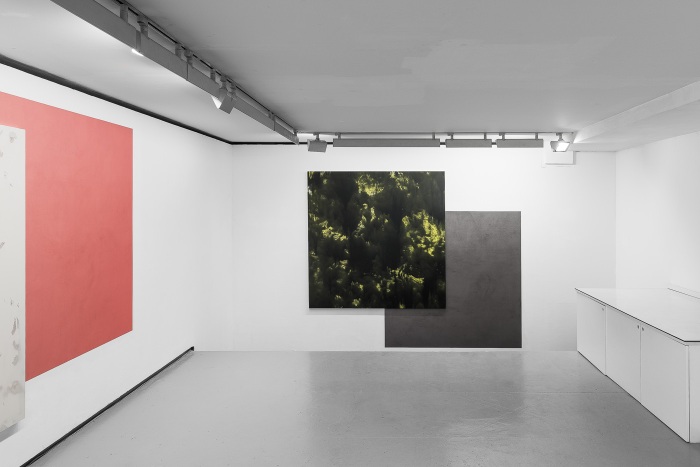 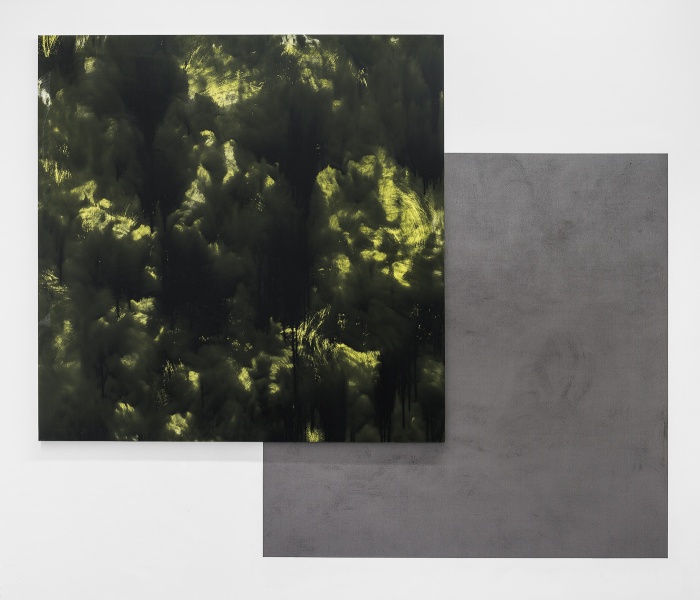 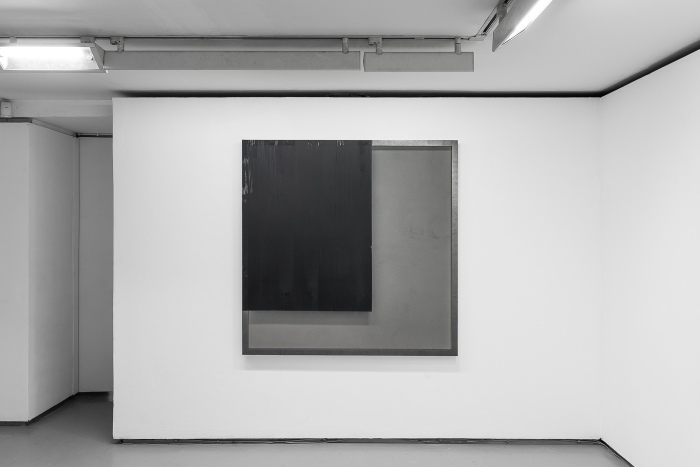 © Photo: Grégory Copitet / Courtesy of the artist and Valentin, Paris.