Eda Ozdoyuran, a New York based independent curator, references both her Swiss and Turkish backgrounds in developing perspectives that play with dualities. She focuses on creating platforms that explore hybridity in the production and display of art. Her latest curated show at Edward Ressle, “ANOTHER MAN’S TREASURE,” is a thematic exhibition that draws on the idiom ‘One man’s trash is another man’s treasure.’ The exhibition includes works which creatively incorporate everyday media, such as Ruth Asawa’s wire sculpture, Sterling Ruby’s SOFT WORK, John Chamberlain’s crushed automobile sculpture, and Richard Prince’s Hoods series.

Curated and Written by: Eda Ozdoyuran

As artist John Chamberlain described, ‘I’m more interested in seeing what the material tells me than in imposing my will on it’. Transcending generations and movements, the featured artists use objects of humble origin to create works that are transformative and telling. By removing traditional notions of authorship, the materials and found objects take on meanings of their own. The artists have defined their own style, utilizing principles of objet trouvé while erasing the boundaries between high and low art.

John Chamberlain’s dynamic crushed car sculptures transform the jagged edges and curves of salvaged auto parts into conglomerations of paint-encrusted steel in an active, instinctual process. ‘I think of my art materials not as junk but as garbage. Manure, actually; it goes from being the waste material of one being to the life-source of another.’ His monumental sculpture, CHEZSHOOZ, 2009, fills the room with its jarring presence, as if a ten-car pileup had frozen itself in time and rendered itself in three dimensions. His excellent grasp of scale and his innovative use of car scraps catapulted him to critical recognition after solo-exhibitions in Chicago and New York. Chamberlain inspired legions of artists with his emphasis on spontaneous correlations between materials rather than a prescribed idea of composition, but rejected the labels of Abstract Expressionism, Minimalism or Pop Art during his time. Justin Adian describes his fascination with Chamberlain in an interview with Bill Powers: ‘His work is made under the auspice of destruction and yet they’re very pretty. His approach to sculpture is casual at first glance, but misleadingly so’. While Chamberlain rejected the metaphorical reading behind his use of crumpled car wreckage as a commentary on American consumer culture, Richard Prince’s Hoods series champions this narrative. Prince acquired mail-order car hoods from the back of hot rod magazines, playing on the cultural prominence of muscle cars like Chargers, Road Runners, and Challengers. In Prince’s Untitled, 1987-89, he utilizes the semi-recognizable car hood as a readymade canvas, layering on thick applications of Bondo (car dent filler) and oil paints to create a multi-layered monochrome finish. Similarly, Justin Adian uses car and boat lacquers to create a gloss on his puffy ester-foam works. Chamberlain, Prince, Adian, and Allan d’Arcangelo all experiment with the imagery of cars as a symbol of American freedom and idealized upward mobility.

Ruth Asawa is known for her suspended wire sculptures, looped and shaped into organic forms that oscillate in a gentle breeze. Untitled Wire Copper Oxidized (S.390/60), 1960 represents Asawa at the height of her creative force: she ties together copper wire of various thicknesses to evoke an uprooted tree, channeling her childhood experiences shuttled between internment camps in California and Arkansas during World War II. These sinuous forms are also inspired by Asawa’s upbringing on a farm in Northern California prior to internment. She would go on to study at Black Mountain College in Asheville, North Carolina, alongside great names such as Josef Albers, Merce Cunningham, Franz Kline, and Buckminster Fuller. ‘[Asawa] was ahead of her time in understanding how sculptures could function to define and interpret space,’ noted Daniell Cornell, former curator of The de Young. Her body of work thoroughly explores the possibilities of wire, a simple, commonplace material, elevated through the dexterous hands of Asawa to create sculptures that are delicate yet substantial, dancing in the wind yet grounded in the strength of metal. While Asawa explored the interplay between light and shadow with wire, Alexander Calder’s Untitled (maquette), 1975 similarly allowed the famed sculptor to model his larger-scale outdoor works in a smaller, sheet-metal stabile form. Untitled (maquette) demonstrates Calder’s philosophy of ‘drawing in space,’ and his work influences countless artists in our exhibition from his use of shadow and scale to his experiments with industrial metal.

Mike Kelley’s Untitled (Pasolini), 1990 recreates a hand-drawn college poster in felt to question our assumptions about the boundaries between craft and high art. In an interview with John Miller for BOMB Magazine, Kelley describes: “When you look at [the work] you don’t just think about the people that made them, you think about the whole group to which these people belong to, or to which you assume they belong to.” He emphasizes the personal, graphic quality of this poster; its specificity and apolitical nature makes it a vehicle for the discussion of creator versus audience, and the handspun quality of the felt appliqué banner toes the line between high and low art, crossing from the dorm room bulletin board into the gallery space.

Sterling Ruby’s PEACE VAMPIRE (6408), 2017 is the newest work in Ruby’s soft sculpture series, originating in early 2011. The first collection of soft sculptures, exhibited at Geneva Contemporary Art Center in Switzerland, Bonniers Konsthall in Sweden, and Champagne-Ardenne FRAC in France, were reminiscent of open-mouthed ‘vampires’ that dripped with stuffed-pillow blood. Curator Kirsten Hileman at the Baltimore Museum of Art commented on Ruby’s uniquely American imagery of ‘insatiable hunger, overwhelming power, and potential violence’ in her catalogue essay. However, Ruby has evolved his soft sculpture practice to present PEACE VAMPIRE (6408), 2017 as a gentler, kinder indication of peace, contrasting with the violent gluttony of his previous works. As a teenager, Ruby would piece together clothing with rudimentary patchwork construction, referencing the Los Angeles post-punk movement—an aesthetic that is still seen in the acid-wash denim of PEACE VAMPIRE, his collaborations with fashion powerhouse Raf Simons, and his signature ‘Work Wear’ studio uniforms today. During Ruby’s tenure as Mike Kelley’s teaching assistant at the Art Center College of Design in Pasadena, California, he took inspiration from Kelley’s stuffed animal sculptures as a symbol of gift and craft. While Mike Kelley’s stuffed animals explore themes of childlike wonder, Ruby takes them to the next level by commenting on the cultural dissonance of the millennial era: an attitude of youthful optimism combined with self-destructive intensity of the American political and cultural machine. Fellow Los Angeles artist Alex Israel says of Ruby: ‘He’s inventing new forms that are somehow both alien and familiar—that feel like they are tapping into the pulse of our time.’ Sterling Ruby’s work rounds out ANOTHER MAN’S TREASURE with the latest art that utilizes unconventional media such as concrete, textiles, collage, barbed wire, industrial metals, foam, and car parts to comment on the sociopolitical themes of an era. 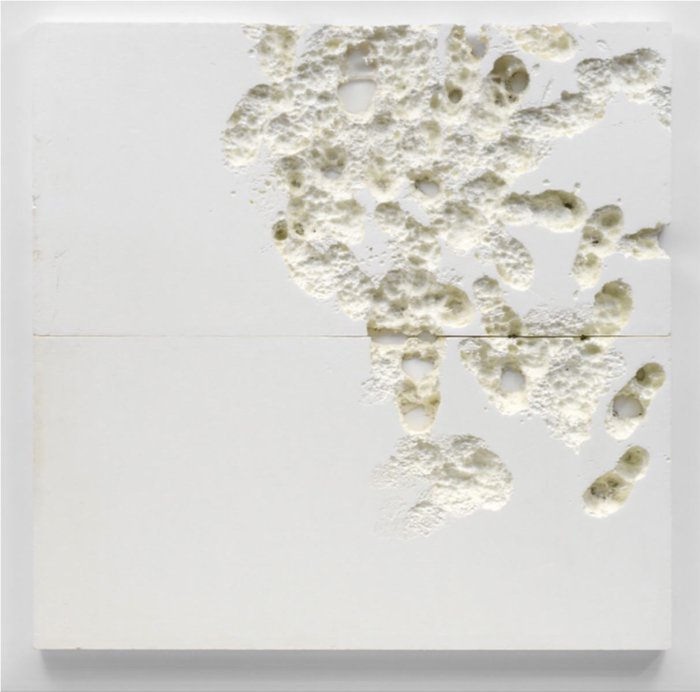 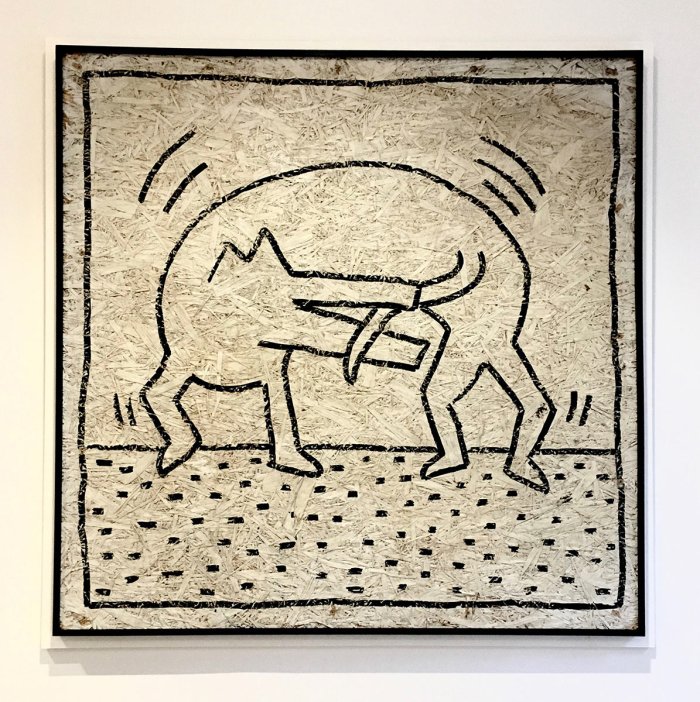 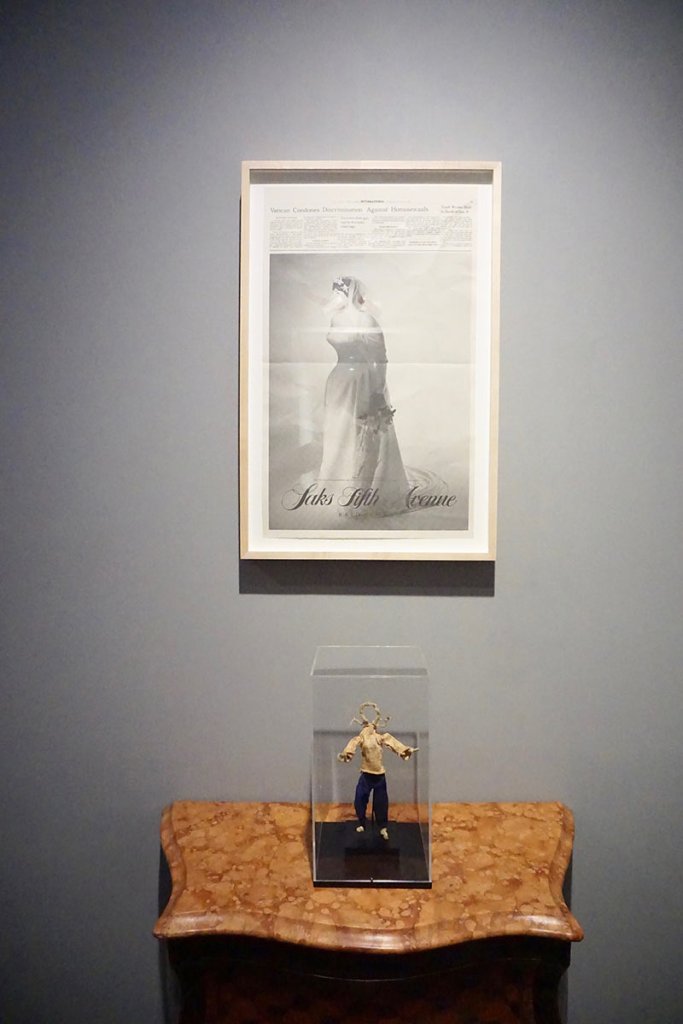 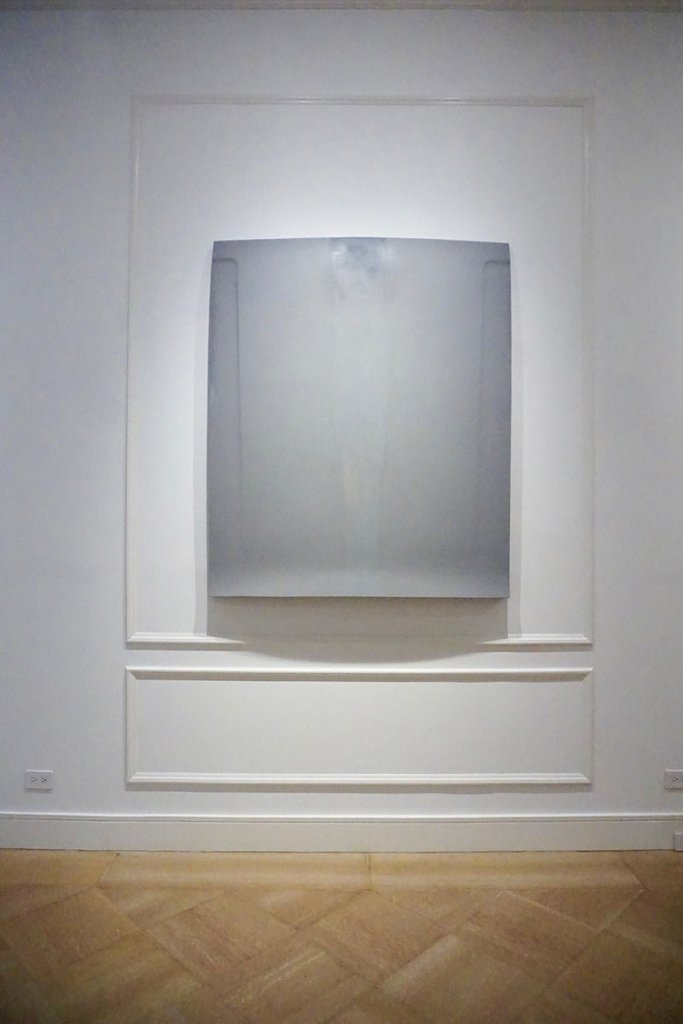 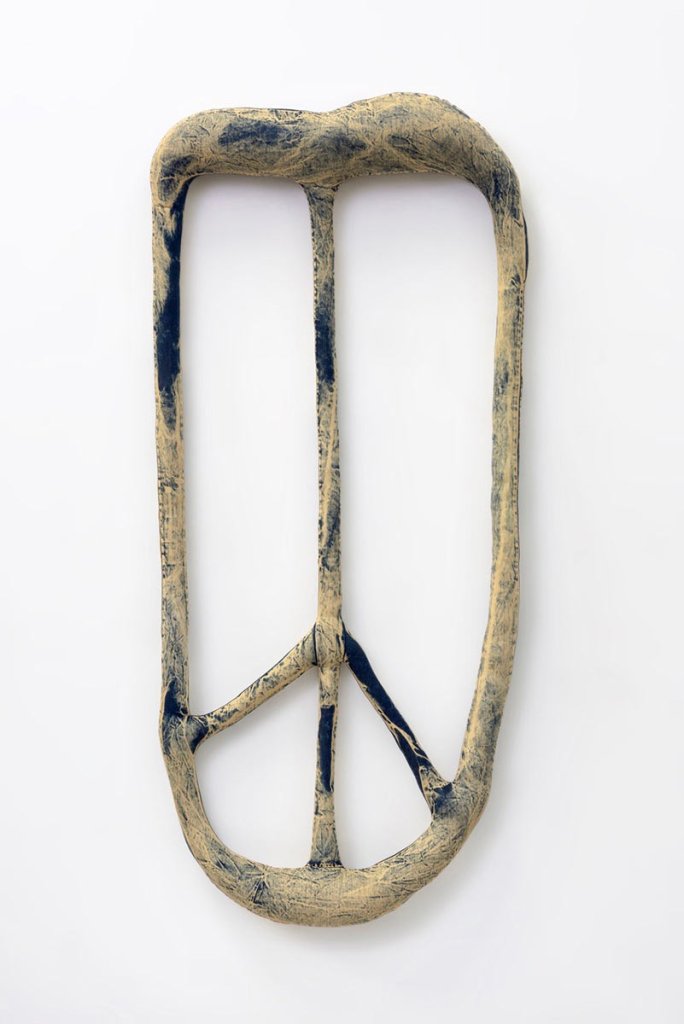 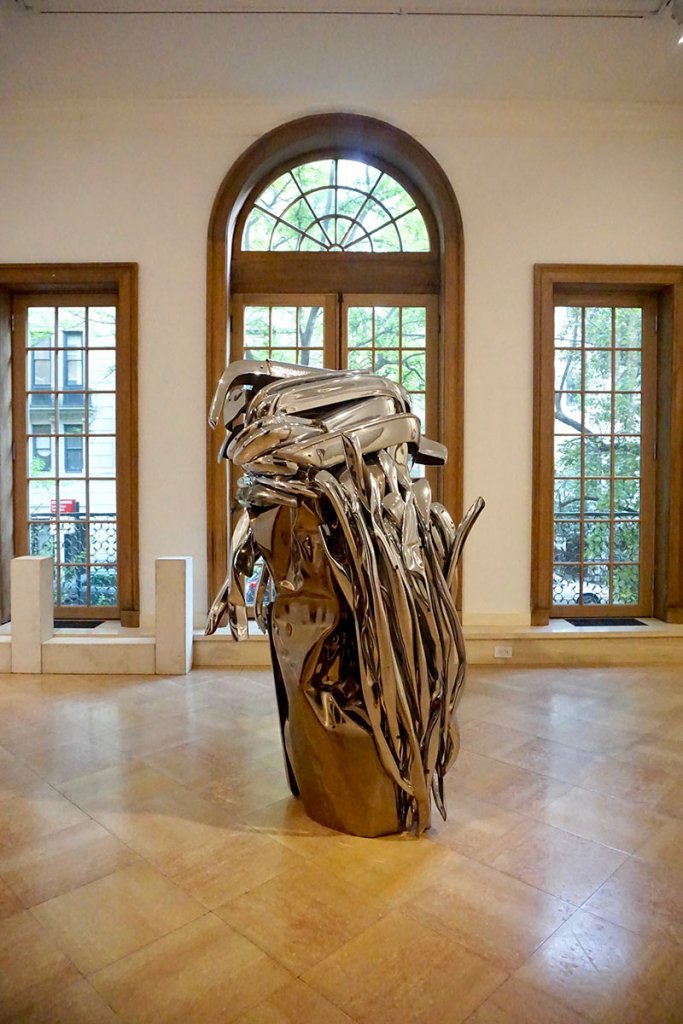 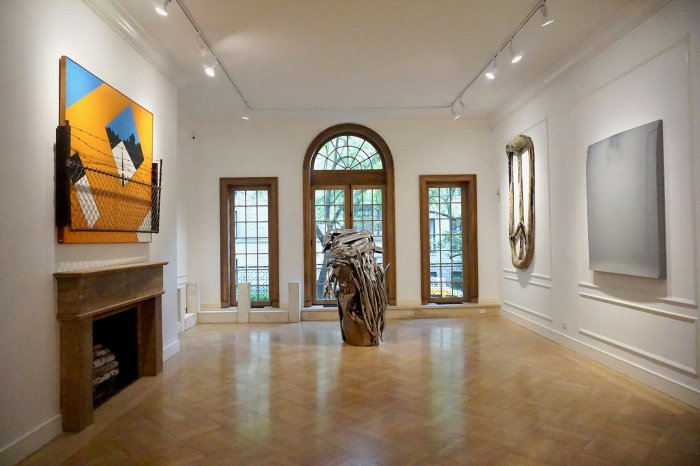