Art-Verona, the fair that is growing

I arrived Friday in Verona and abandoned the glories of the wonderful city in order to go directly to the fair for the opening. This ever growing fair consisted of three quite interesting and well managed days thanks to the direction of Andrea Bruciati.

Despite the fact that the fair doesn’t have the location it deserves, the presentation of the fair overall is very good. There are two pavilions: a specialized one with modern art (pad. 11) and a contemporary one (pad.12) with a good presence and selection of galleries, which is more to the quality, research and history of art.

Let me start by talking about pavilion 11: Modern Art. In this area there are many galleries that have worked on the consolidation of historical Italian artists such as Castellani, Bonalumi, Capogrossi, Turcato, Ghirri Isgro’, Schifano, Gilardi ( And even the occasional Fontana).

Some of these historical galleries – Galleria Niccoli in Parma is such an example – have also focused their attention on emerging artists. They put on a beautiful presentation of artist Giuseppe Teofilo’s delicate yet complex work.

There were some beautiful installations and works in the sculpture section including: Giulio Turcato “Port 1973”, presented by Galleria Il Ponte and “Strings, 2011/2013” by Daniele D´acquisto from Galleria Gagliardi & Dome.

The historical pavilion looked good also in part thanks to Osvaldo Licini, with a well presented solo exhibition curated by A. Bruciati as a means to introduce the public to such a great artist – who presented some superlative drawings for the occasion.

A nice and very selective pavilion whose ambition seems to aspire towards the status of the museum – and this despite the market influenced involved in such events.

Pavilion 12 gave a strong overall presentation of contemporary Italian art. It appeared to be growing with a focus on quality in media such as painting, photography and installation.

The exhibited galleries and the works on display in Hall 11 – the contemporary pavilion – were beautifully selected.

Among the many works and interesting galleries, I was very impressed with the work of Linda Carrara from Gallery Boccanera, as well as Laura Pugno, Gradi di Autonomia 06, 2016, from Alberto Peola Contemporary Art and David Allieri from Placentia Art.

Another interesting project with a well-calibrated theme was the Wall which was near the Talks with an exhibition curated by Valentina Lacinio titled XMQ OF PIT READY FOR THE MOSH, where 12 internationally renowned artists (including Massimo Vitali, Adrian Paci, Wolfgang Tillmans , Vanessa Beecroft ….) conversed with 50 emerging artists in a situation where the works were well calibrated so that all of them received the attention and prominence they deserved.

In the contemporary hall (pad.11) there were also many talks and constructive discussions regarding the growth of the Italian contemporary art system in relation to the global context: with an open dialogue on collecting, moderated by major Italian collectors, which was moderated by Adriana Polveroni.

One last important and fresh opening at the event was dedicated to Independent Spaces. With one of the more interesting selections being a project about the dialogue pertaining to the culture of social exchange and “sharing”.

There were also a lot of parallel exhibitions in the city, but they weren’t connected in a way so as to create a powerful synergy between the city and the fair.

Overall the fair was a great success and helped build a bridge with its partner companies. There were acquisitions and many awards totaling about 200,000 euro. There were even awards and well calibrated acquisitions for emerging artists. Additionally, there was an attentive audience ready for newness and predisposed towards becoming new collectors. Many works were sold, and one could sense a very mature atmosphere. Arte Verona is definitely a fair that is growing. 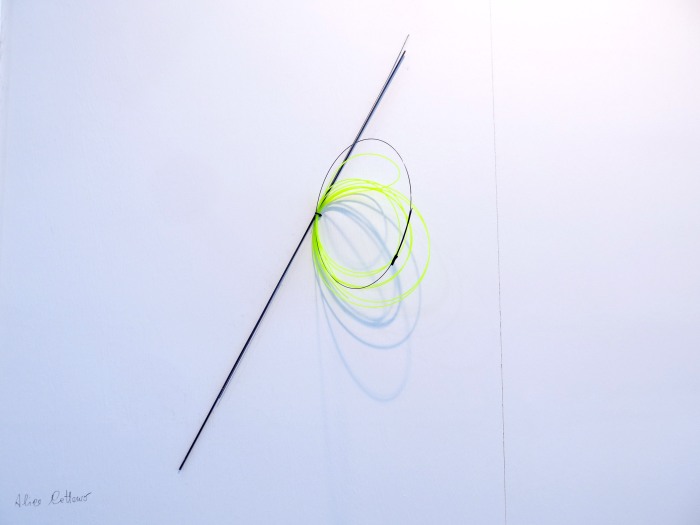 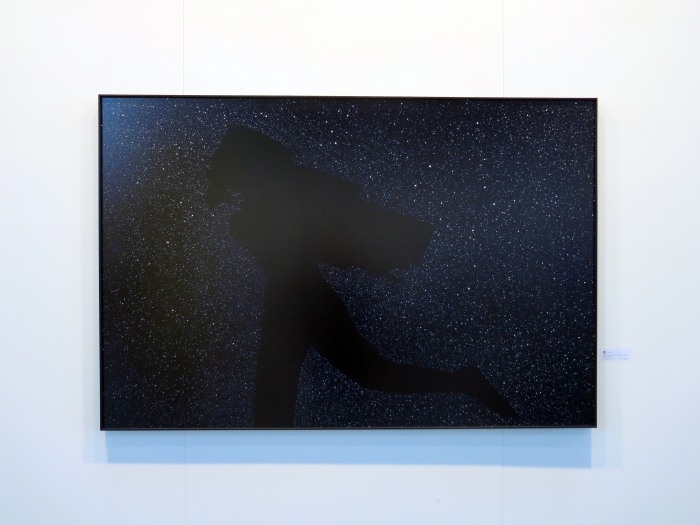 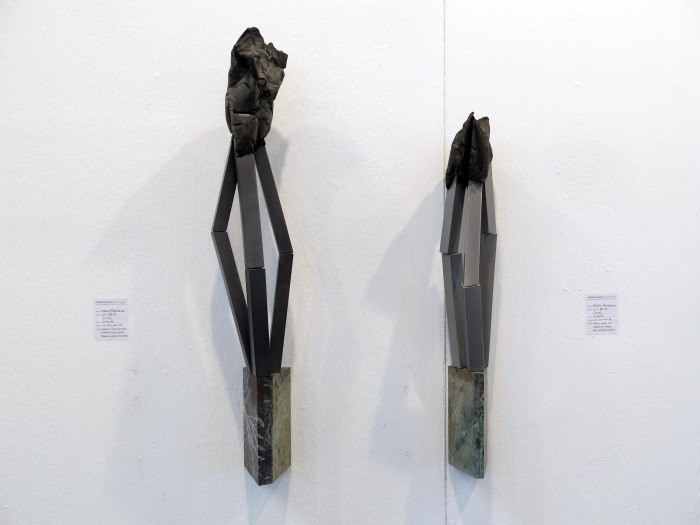 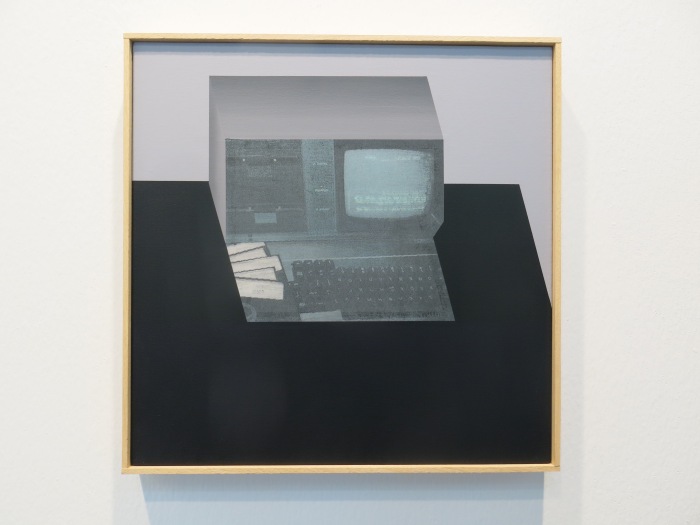 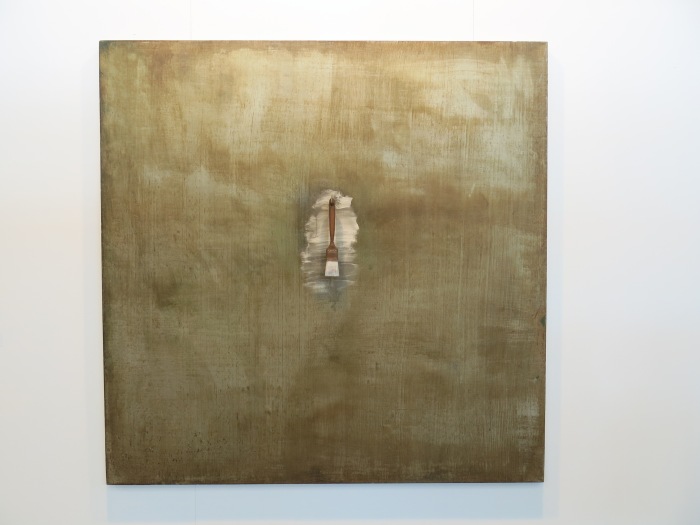 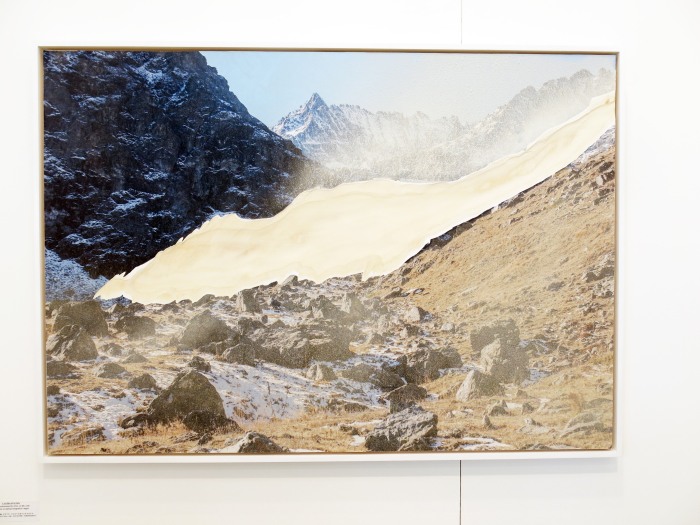 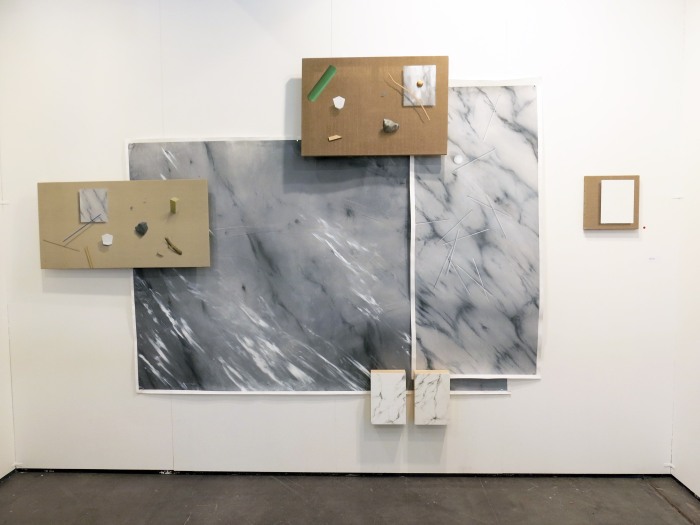 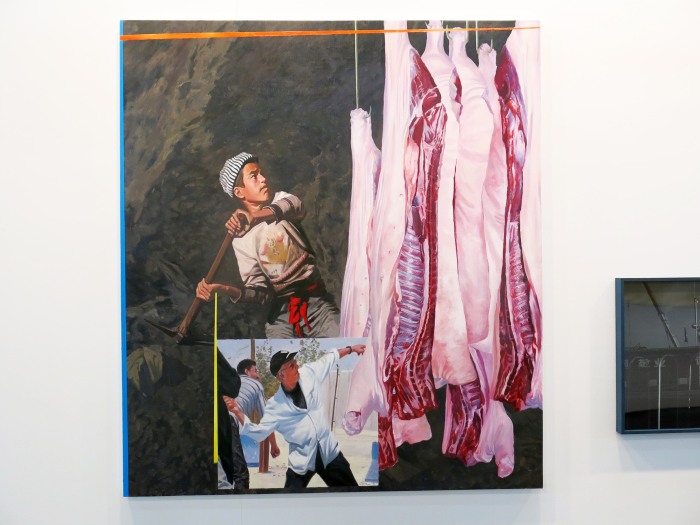 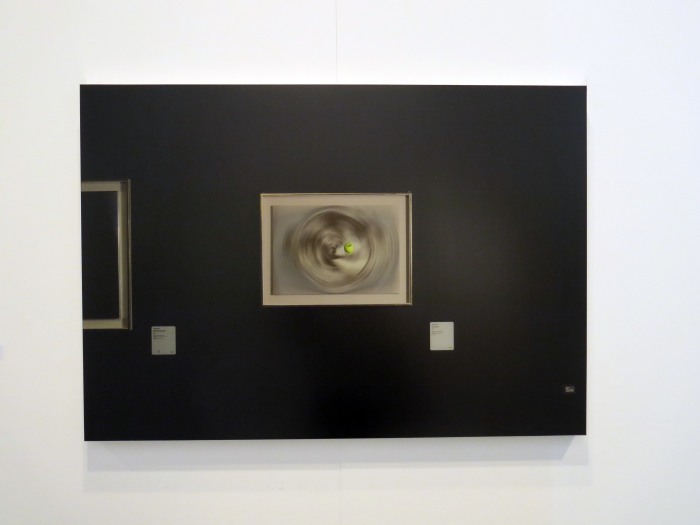 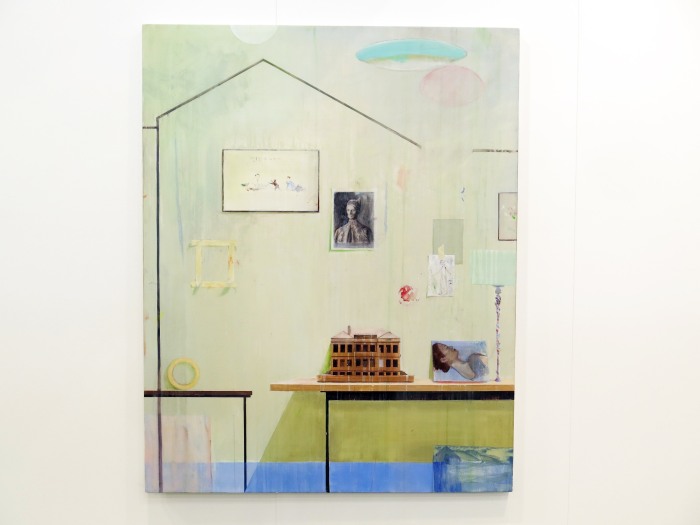 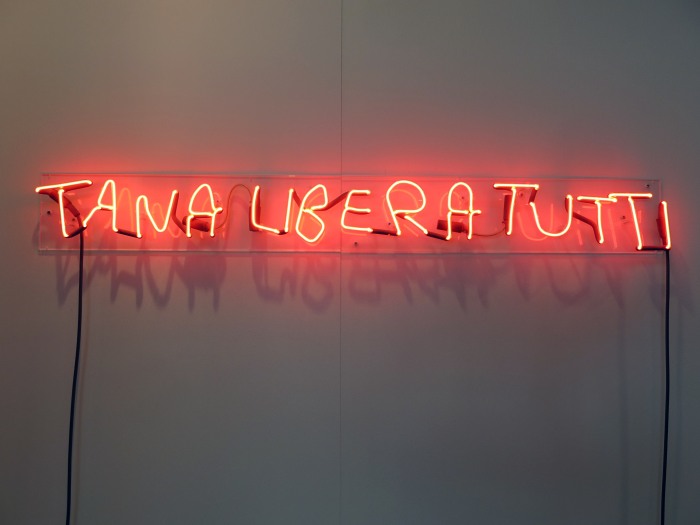 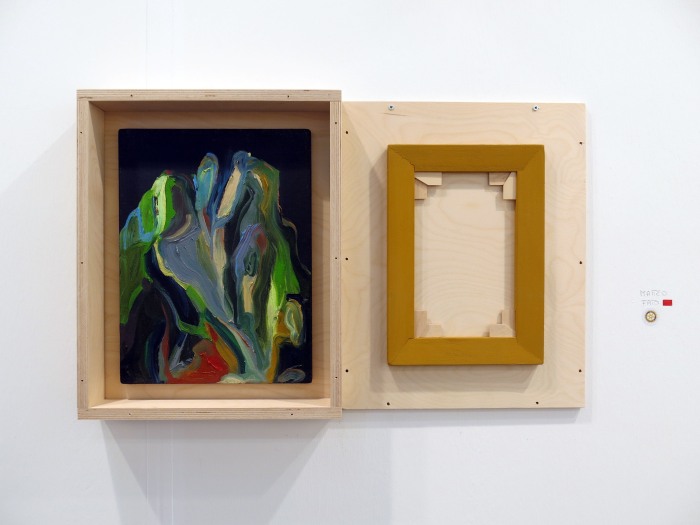 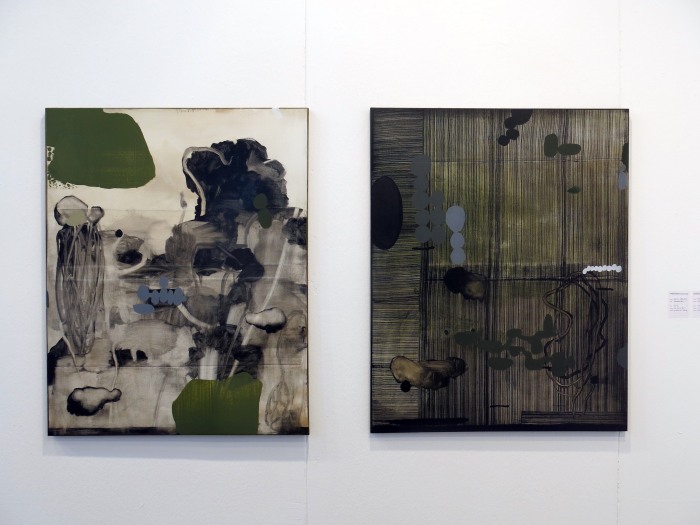 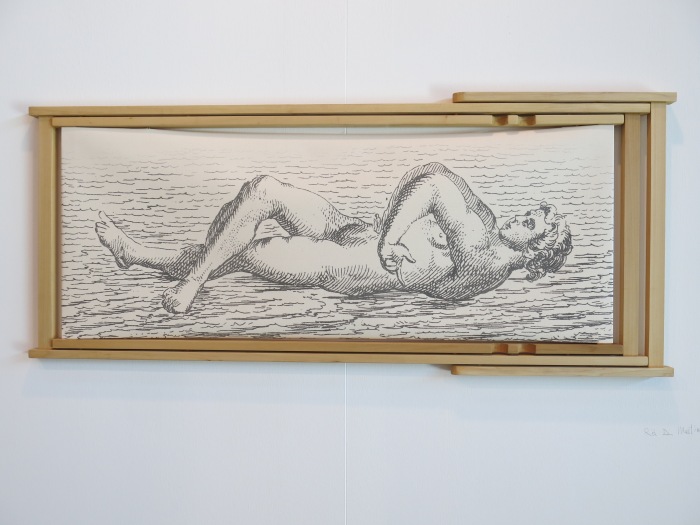 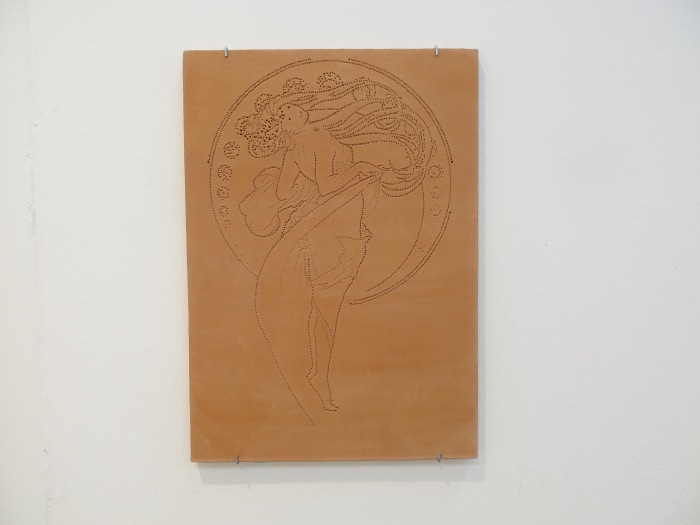 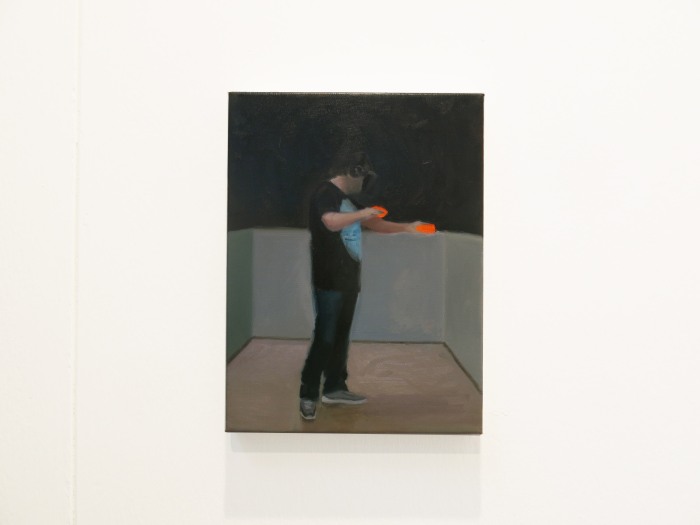