Glasgow based artist Corin Sworn’s installation Silent Sticks, first exhibited at the Whitechapel Gallery, London 20 May – 19 July 2015, has recently been reinstalled at the Collezione Maramotti in Reggio Emilia.  The exhibition was the result of research the artist did in Rome, Naples and Venice after winning the fifth edition of the Max Mara Art Prize for Women 2013-2015.  Sworn was in attendance at the private view and discussed her research while in Italy, but also touched on some of the differences between installing the stage set composed of sculptures, props, costumes, film and sound in the two different spaces.  The artist, speaking calmly and eloquently to a rather loud crowd, notably described the Maramotti space as being more “timeless” than the Whitechapel Gallery primarily due to lighting that doesn’t create strong shadows on the floor – a fact that signifies the “removal of time” as shadows “make us think of time”.

Sworn, however, did invite her audience to contemplate a different time in history through work that was inspired by The Commedia dell’Arte, which has its origins in the 16th century.  To her credit she allowed the theme to be a starting point that ended up having only certain focused traces of her chosen subject.  In other words, she allowed her research of the Commedia dell’Arte “to enliven curiosity” and not simply as a means to re-present the past in the present.  Those traces of the Commedia dell’arte, in any case, could be seen in two dancer’s costumes (in two projected films) as well as in various props and sculptures that approached the aesthetic feeling of Renaissance goods and clothing.  But then again such props, sculptures and costumes simultaneously have a Constructivist aesthetic – the three-dimensional sculpture/stands in particular and the geometric shapes with their flat coloring reinforce this association.  What is also memorable throughout the installation is the way Sworn plays with texture.  There is a “rug” draped across one particular stand that catches the eye because it is so intricately carved and colored on what looks like a piece of discarded yellow foam padding.  While throughout the installation there are materials of poor quality mixed in with expertly crafted and designed pieces of clothing made in collaboration with the artist and Max Mara’s fashion house tailors.

Sworn’s work, though overall very harmonious in its geometry, is rhythmically broken up by curious elements like stuffed animals and a rat like form as well as by sound and film.  The narrative sound element (appropriated from the tale of sixteenth century imposter Martin Guerre) is positioned in a way that is purposefully difficult to follow as sound moves between two speakers placed opposite one another.  It’s comprehensible as language yet very abstract as narrative, and coincides with certain moments in films projected onto screens that depict costumed dancers in various flexible or relaxed poses.  This strategy of transposition and re-presentation of the Commedia dell’Arte and the tale of Martin Guerre into Sworn’s artistic language ultimately succeeds in its intent to engage one in contemplating a key aspect of her research pertaining to “the things that remain”. 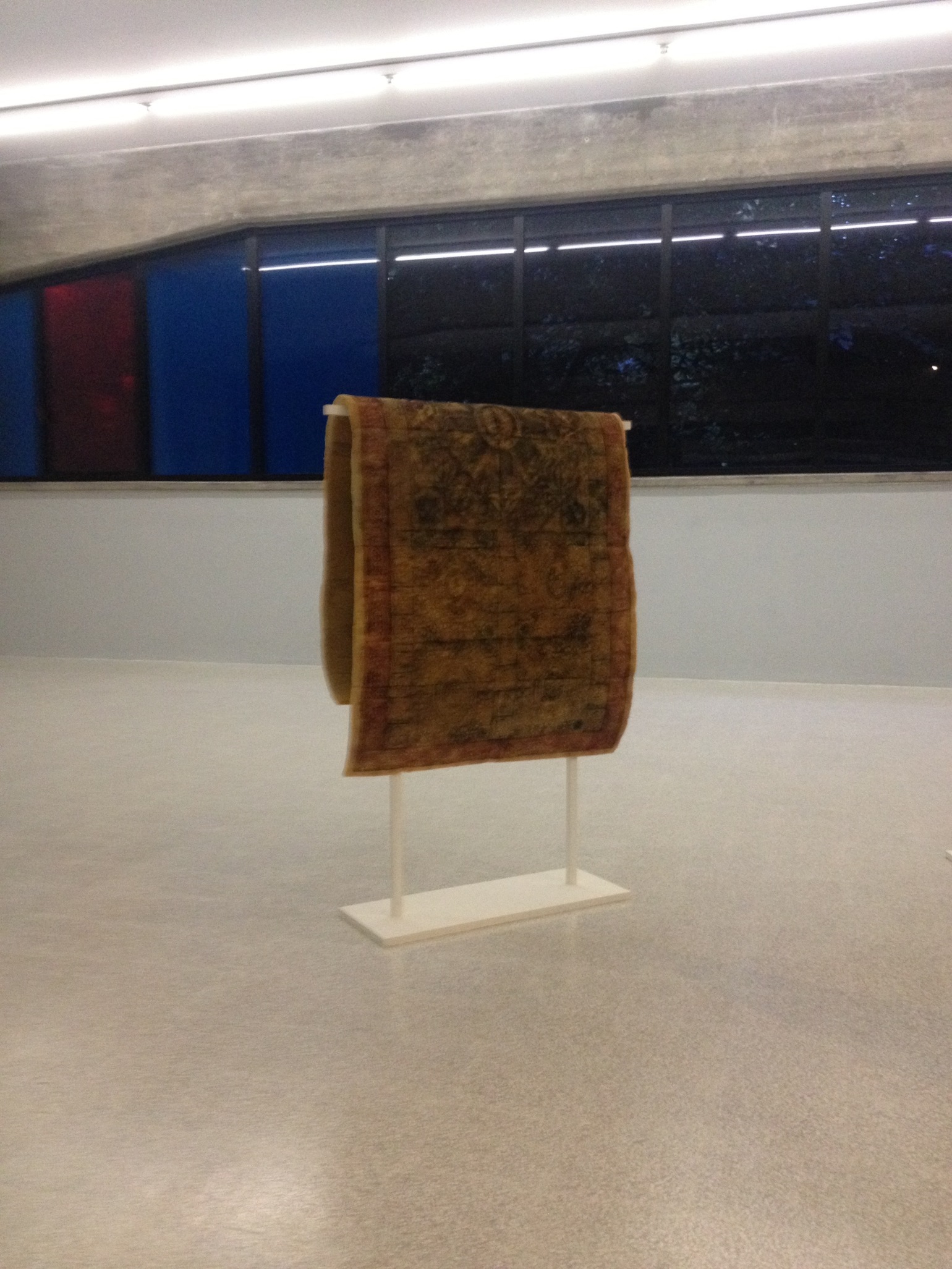 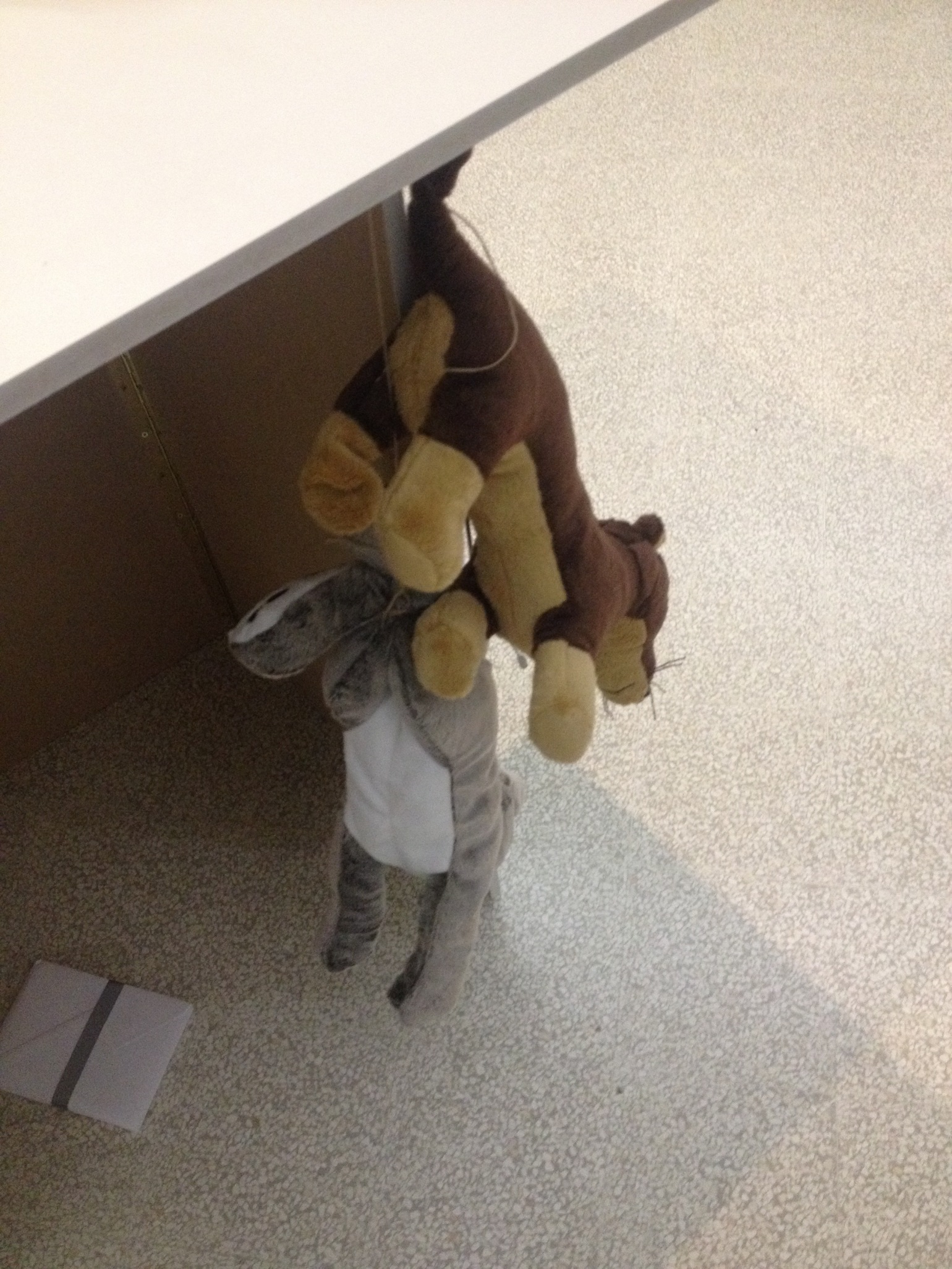 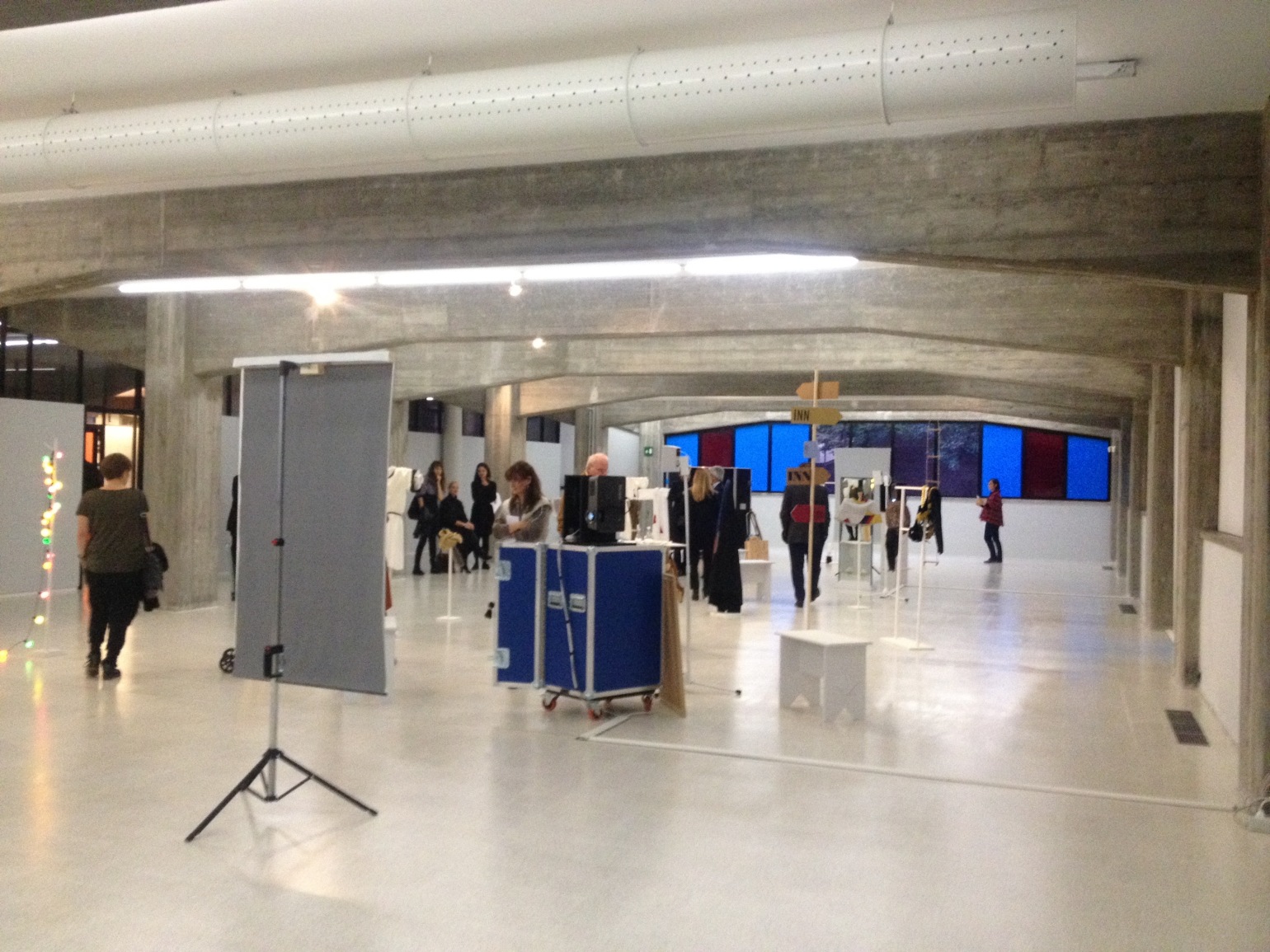