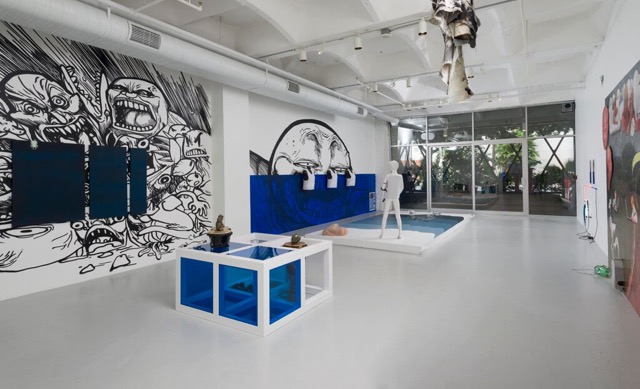 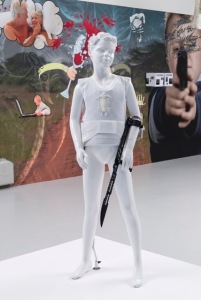 ANXIETY SOCIAL CLUB follows up Kessler’s exhibitions Land Lords at MonCHÉRI, Brussels (2015), and Finally Every Dimension of the Soil at American Medium, New York (2015). Abstract, anti-romantic notions of revolution and chaos in both society and nature pulsate across the exhibition’s dark ecological synapses. Through a toxic yet innocent transformation of the gallery space, Kessler aims to enable the viewers to apprehend an inner child at the core of the entropic world he depicts. At the center of the space stands David (2015), a young boy protected only by a child- sized, bullet-proof vest and an arm-strapped blade gazing into the mouth of a giant beast. A billboard advertises a Lord of the Flies like vacation with a dirt road leading to a land of suspicious imaginary friends and gerontophilic Googling babies. In the Belly of the Gar (2015), a minimalist chamber modeled after deep-sea exploration equipment holds the decapitated head of a possessed Chucky doll resting on a tall African drum overlooked by two kneeling angels on bongos. A catastrophic symphony of shifting childhood imagination and political ideology are submerged together in a watery grave of art production and entertainment industry processes. Kessler’s genre of Žižekian horror explores, if not celebrates, the violent beauty of man’s natural descent into savagery and the psychoticism lurking beneath individuality and group thought.

Bradford Kessler (b. High Plains, Kansas) received his MFA from the School of Visual Arts, New York, and his BFA from University of Kansas, Lawrence. His work has been shown nationally and internationally including MonCheri, Brussels, Interstate Projects, Brooklyn; American Medium, Brooklyn; 63rd-77th Steps, Bari; Rowing, London; and Witte de With, Rotterdam. Recent solo exhibitions include Pile of Mist at 247365, New York (2014), Stink by Instinct at Welcome Screen, London (2014). He currently lives and works in New York. 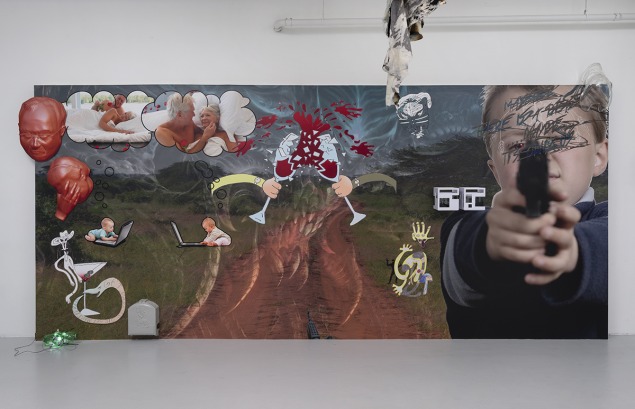 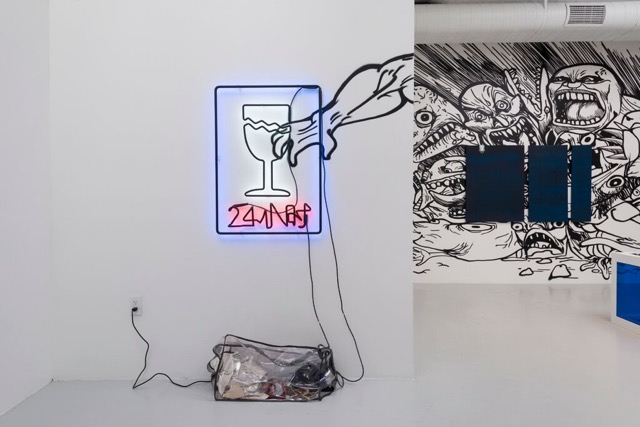 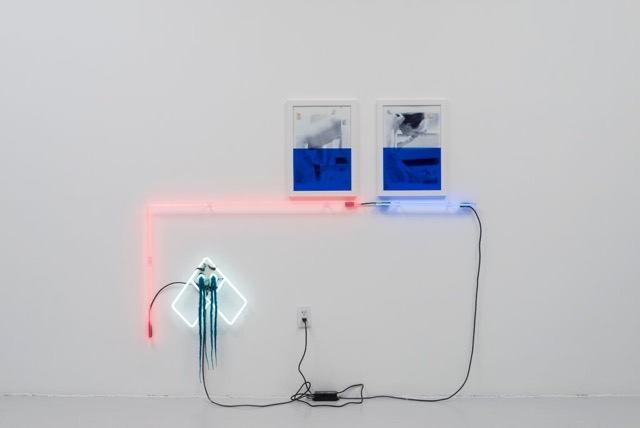 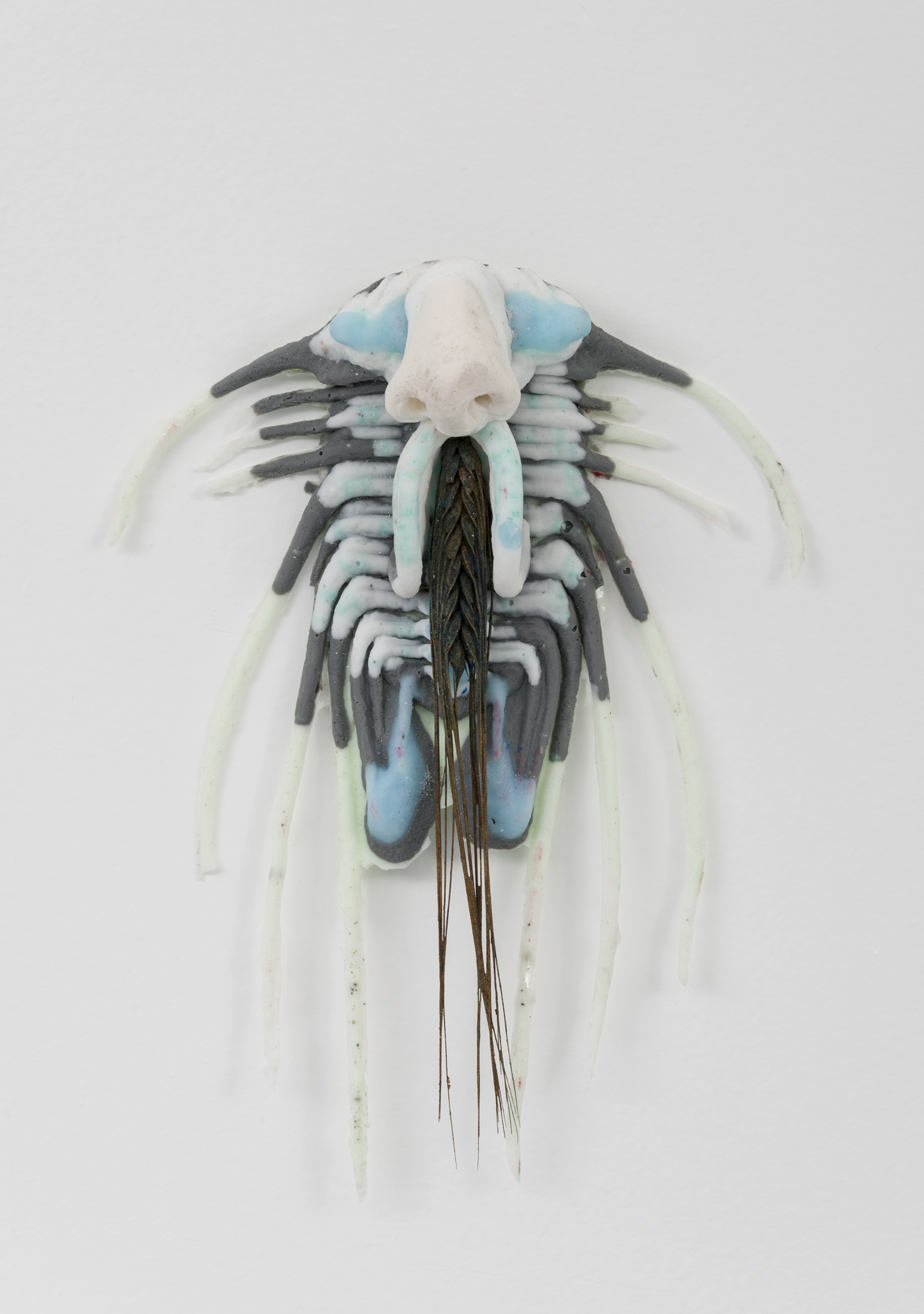 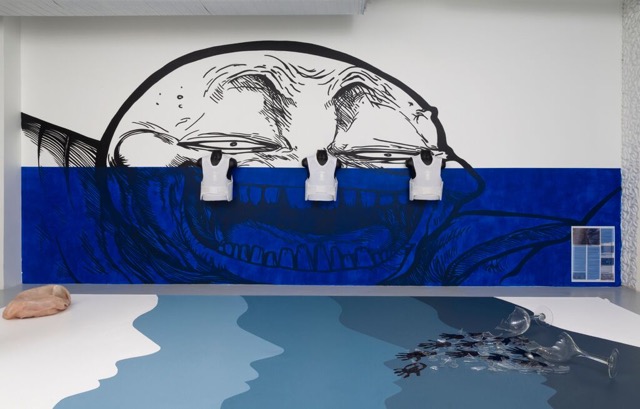