Jasper Johns’ “Regrets”, opened on the 13th of January at Vienna Belvedere. It’s a show that was inaugurated at New York’s MoMa and is an exhibition that displays some of the American’s most recent work. This is the first major Jasper Johns solo exhibition in Vienna. The last one was a retrospective of prints, in 1987, at Vienna Secession.  It’s an exhibition of works from the last two years and everything is derived from a single photo. Actually, one might say it’s a one work exhibition.

In 2012 Johns found a picture in an auction catalogue. He became fascinated by the picture and its damaged appearance. With the picture as a starting point, Johns sets up an intriguing game with endless technical and material possibilities. On many works one sees the words “Regrets / Jasper Johns”. On the one hand the word “Regrets” is related to sadness and disappointment, and on the other hand, it is the word he applied to a rubber stamp used to refuse thousands of received invitations and requests.

This exhibition could initially appear to a viewer as classically straightforward in its meaning, but actually it has a strong conceptual undertone. It’s intimate and takes place in two rooms (one small and the other large).

“Regrets”, 2013, is a work on paper, full, dense and crowded. The effect is more important than the content. Another work that I encounter as I turn to my right is titled “Regrets” 2012, which consists of four studies on paper that have a whiff of the classical about them.

Right beside this work is a huge canvas titled “Regrets”, 2013. But I quickly decide to move because I’m obstructing the dialogue with the other “Regrets” the work on paper which is placed directly in front of it. 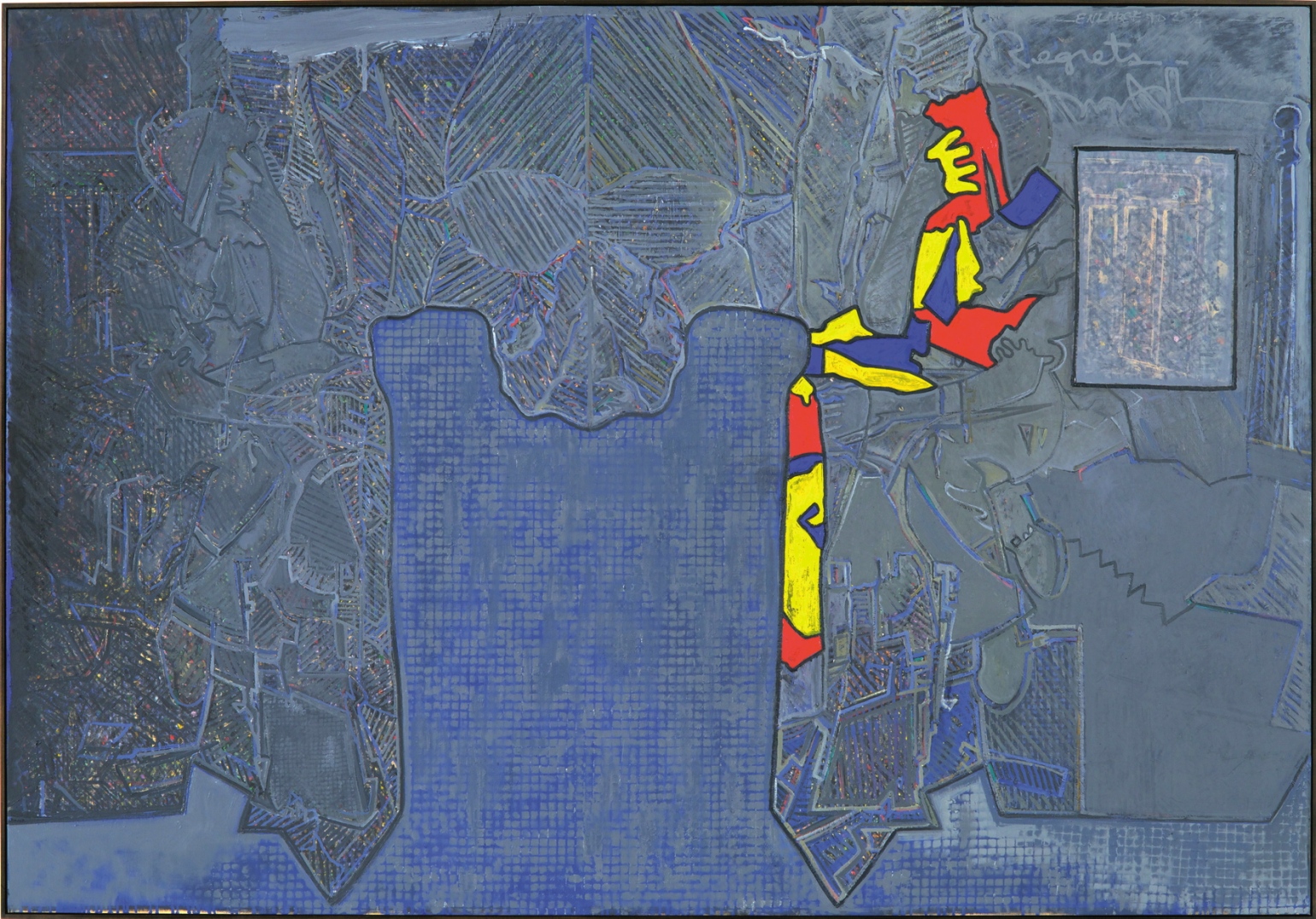 I enter the big room, which the curator has decided to make chromatically homogeneous (a decision that strikes me as intelligent). In this room there is a work titled “Untitled” 2013 and is ink on plastic. He was fascinated how the ink behaves indipendently from himself, and tried to avoid any trace of his pen or brush marks. The result is like an under-or overexposed photograph negative. The overall effect is beautiful. And the combination of medium and technique give a fresh new intrigue to works that one has already seen previously in the original image, and return in all the works with slightly different forms. 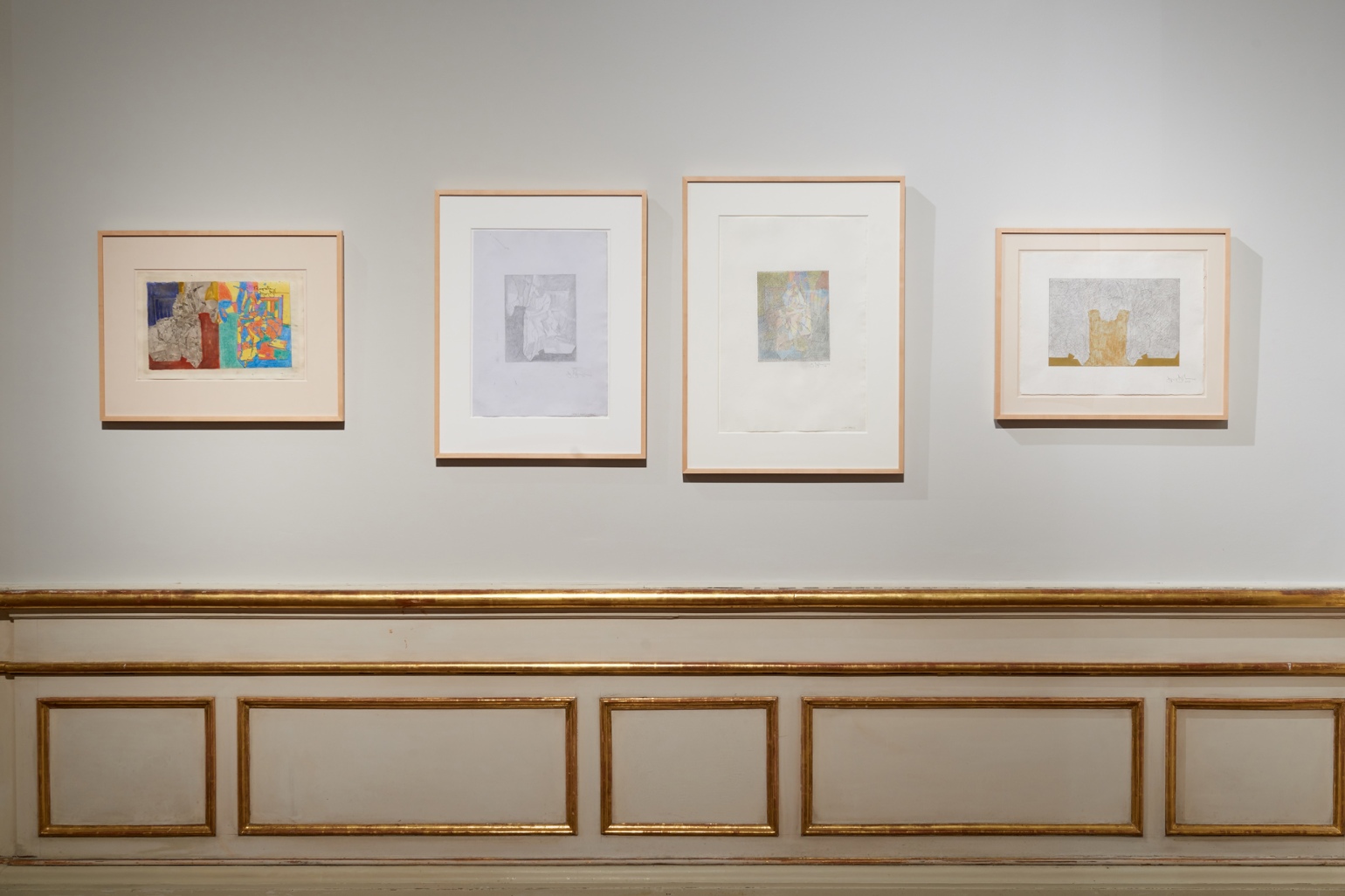 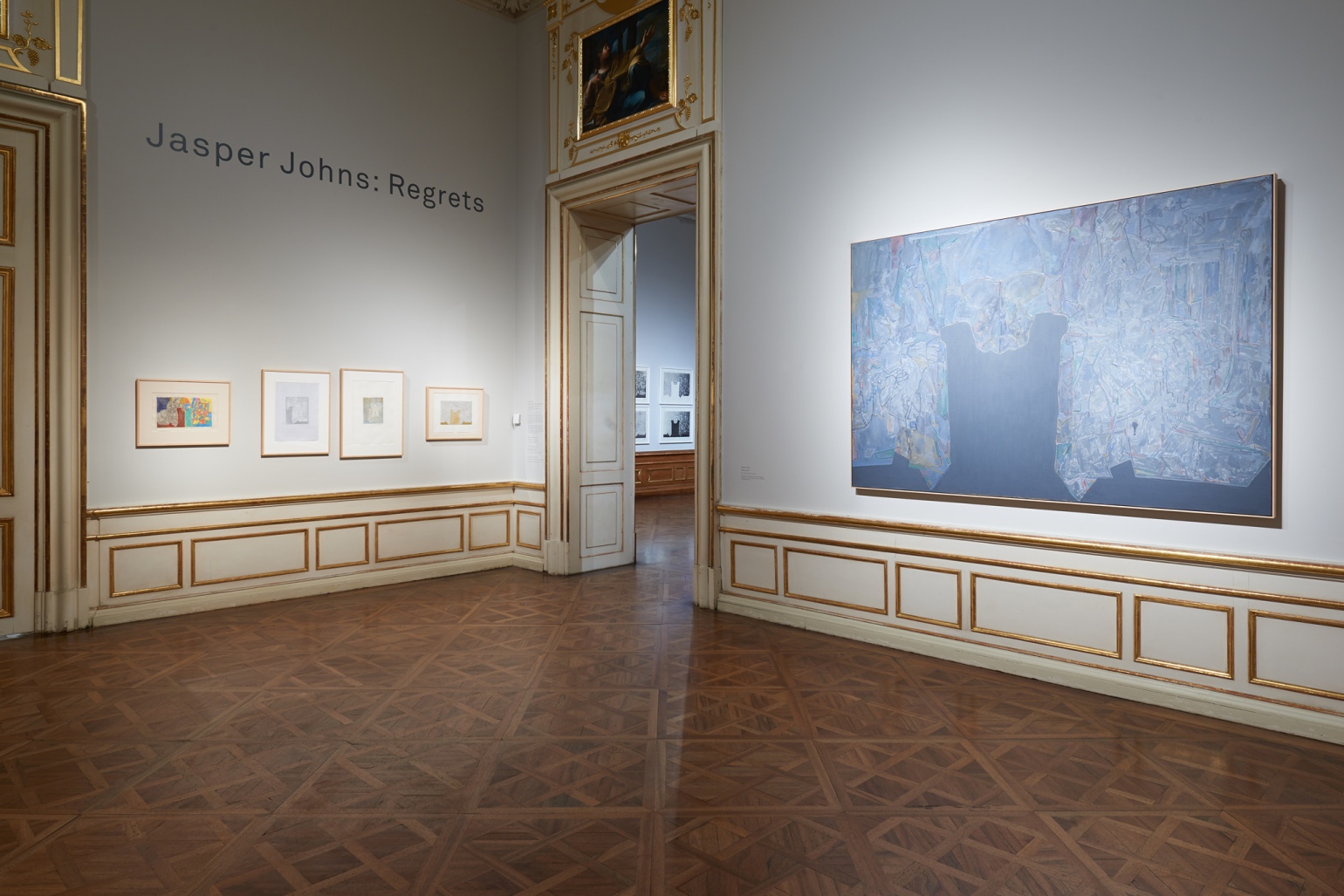 The other works in the big room are “Monitypes on 10 separate sheets of Kurotani Kozo Paper”. Johns never ceases to stop researching. Two works on copper positively catch my attention and together with a work beside that one that underwent numerous revisions make it obvious to me that Jaspar Johns is constantly searching for new techniques. Indeed, this exhibition looks like that of a fresh young artist. Age is not simply a matter of what is written down in a registry.